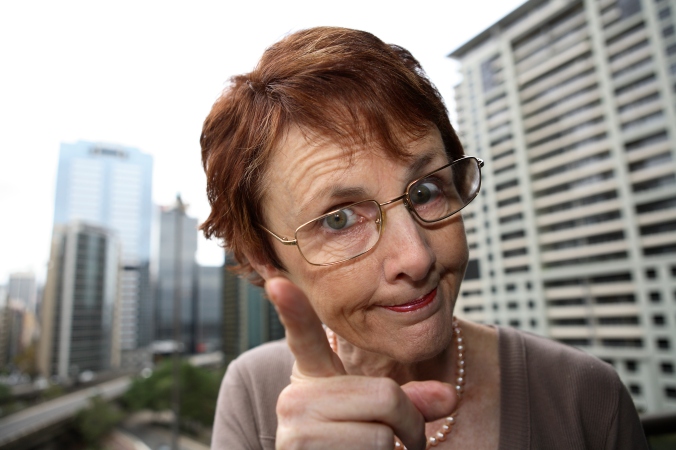 When we were kids, my parents had this small car. It was a two-door, and five of us piled in this automobile everywhere we went. In the back, the three kids were crowded together like fish in a tin can. And every so often I’d get tired of my little brother poking me or invading my space, and I would begin to yell at him. From the front, I’d hear my mom scream, “Stop it right now or else!”

I think every adult can still remember what it felt like when they heard the stern calling of their name. Hearing the loud firm, “Kimberly Anne” coming from the downstairs was enough to send shivers down my spine. It was in those moments that I would swallow hard in a state of panic, as I knew punishment was coming my way.

My parents were awesome, loving people. They were trying to teach us rules were ways to keep up protected. They also wanted us to understand breaking rules had consequences because we could get hurt or something worse. They wanted us to be happy and be safe, and I always knew that was their motivation.

But as soon as I heard my name being yelled, an intense wave of fear would wash over me… the fear of punishment. No kid enjoyed psychological warfare of a parent letting you know you were in trouble but saying he or she needed to think about what the consequence would be. There’s nothing worse than spending the day fretting the inevitable with a giant knot in your stomach.

Would it be the belt to my behind? Would I be locked in my room like Rapunzel never to be let out of the house again? Would I be forced to eat liver and onions for the next month? Yep, my mind could really drum up some pretty awful scenarios as the enemy would try to convince me that my parents were the absolute worst, and I was the poor little victim of the mean, bad mom and dad. Dread could create some pretty awful scenarios… the lectures, the disappointment, and punishments, most of which never happened.

I can remember daydreaming about running away because the horror that awaited me would surely be far worse than living on the streets forced to eat crawdads from the creek down the road. The best part was imagining my parent’s regret. I could see it playing out just like The Christmas Story when Ralphie shows up blind from soap poisoning after his parents punished him for having a foul mouth. My parents would someday grovel for forgiveness too when they realized the error of their wicked ways.

In truth… I was a pretty good kid. I very rarely got in trouble, but my sister broke the rules a lot and would cause my parents to make some strict boundaries with her. She was three years older than me and watching the trouble she’d be in made me scared to do anything wrong.

The sad reality of this style of parenting was that while it did in lots of ways ensure compliance, it also came at a price because it was only out of fear that most kids followed the rules. It wasn’t because the child wanted to be a good person, respected their parents or just had a passion for the law. No… the truth was that no kid wanted to have a red sore bottom if caught. I was good because I wanted to be at the skating rink instead of grounded, so even as a young girl, I knew being good and following my parent’s orders were the means to get to my desired end.

The sad thing is though that this way of parenting mixed with no real solid Biblical teaching growing up led many, like my husband, to think the Big Man upstairs was a harsh punisher just waiting for us to screw up. Scott knew God loved him like his parents did, but the fear of being struck down by thunder for his sin was a bit overwhelming.

For me, this warped thinking in adulthood led me to believe all the bad things going on in my life were the result of God punishing me. It was a warped old testament view of life that kept lots of distance between us, and Satan liked that. The enemy had accused God of being a mean, harsh and scary dude, and I bought it like I’d bought a cheap, knock-off purse. So when I struggled with infertility and recurrent miscarriages, I blamed God and that led me to a point in my life where I hated Him.

When I was finally introduced to Jesus Christ and had my eyes opened to the truth, I saw the error of my warped thinking. I had been duped into believing a terrible lie when the reality is that God is anything but a punisher. In fact, he is nothing but a protector and redeemer!

With the coming of Easter and the celebration of the death, burial, and resurrection of the Savior of the World, I am reflecting on God’s ultimate sacrifice and how much He must have loved us. John 3:16 tells us that “God so loved the world that he gave his one and only Son, that whoever believes in him shall not perish but have eternal life.”

I can’t even wrap my head around such unconditional love. The pain God felt, the tears shed and the agony of watching every drop of blood and the drawing of His son’s last breath. I can’t process how painful it must have been for Abraham to haul his son up the mountain believing he was being told to offer his son as a sacrifice. I am not debating whether God was testing him or not. I am merely putting into context how it must have felt to be a parent forced into choosing to watch their only child die. Being the parent of one child… I don’t know how I could make that choice.

But our Heavenly Father did. Romans 3:25 tells us God presented Jesus as the sacrifice for sin and watched his Son die a horrible, terrifying death. And because of this ultimate act of grace, we are set free from sin’s ultimate punishment… death.

God is a good parent. His rules and laws are for our protection. He wants us to be safe just like my mom who yelled at me to keep my hands away from the hot stove. If I disobeyed her and touched the burner, my finger would pay the price. This is the same with sin. God knows that sin opens the door to the enemy to come steal, kill and destroy. He takes our peace, robs our blessings, causes us to get sick and destroys our hopes and dreams. Let’s not get it twisted… the enemy is the real punisher.

The most amazing benefit of God’s ultimate sacrifice is the victory we now enjoy. We do not have to fear the enemy, nor do we have to dread making a mistake because Jesus took our place and received the punishment for our sin! We just have to look up to our parent and say, “I’m sorry.” When we do that… there is no penalty or punishment to pay because Jesus paid it. There is no need to run and hide or continue to sit the stronghold of dread. There is also no need to view God as harsh. Rather view him as a God filled with grace and mercy. For His sacrifice and His Son’s death, burial, resurrection, and ascension into Heaven conquered sin and the devil for good!

I like to imagine God said to Lucifer, “Stop it now or else!” And when he didn’t, Jesus stepped in and rendered the devil the ultimate punishment.

One thought on ““Stop It Right Now or Else!””